Think about the next three

Posted on February 1, 2012 by Jeffrey Gifford 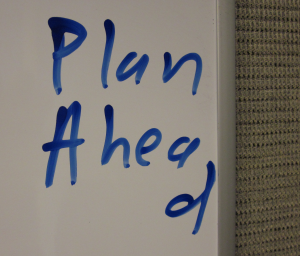 My company recently purchased three shiny new 1U1 servers, some new network and SAN equipment and a new rack to house everything.

Just about as close to a true greenfield situation as you’ll find.

And while it’s easy to install three new servers in a brand-new rack, it’s harder to develop and implement a process that accounts for these first three and leaves you ready for the next three. And the next three.

One difficulty is in overcoming the intense desire to rack them, cable them, and power them on. Oooooo…Shiny! New things just beg to be played with. Now.

Resist the urge, slow down and read the owner’s guide (or the quick start) to see what you might be missing.

What’s different about these three servers from all the others in your server room? What’s special about them that might need some additional thought compared to all your others?

Just on the surface, we found that these have a management interface that’s new to us and would need some extra attention.

And each has twelve NICs,2 more than we’d ever had before in a single 1.75 inches of rack space. Each of these 36 NICs would have a network cable: some would need to go to the shiny new switches we bought3 and others would need to go to a pair of older switches.4 Cable management would be important and should take into account where these four other devices would go in the rack.

All that before we even racked the three servers in question.

And what about the next three? Where would they go? Do we leave space for contiguous racking or do we just let this rack fill up organically? Will we have to rearrange servers when the next three arrive?5 Plan for cable (networking and power) management and don’t pretend surprise when your next three servers arrive.

What about server/network names? Three servers, hmm…how about athos, porthos and aramis? Or moe, larry and curly? What about the next three? Maybe we should think ahead another four (how about doc, grumpy, happy, sleepy, bashful, sneezy, and dopey ?) — or maybe, just maybe, we should have a naming standard that accounts for the current three and the next three hundred.

One can have an honest conversation about what metadata belongs in a server name (versus random or sequential characters) but a standard should develop from the conversation.

While you can’t account for every future possibility, you can take the time to step back, think about some future probabilities and design solutions to accommodate them…and the next three.

Better yet, do all of this before you even submit the purchase order. Plan ahead.

What do you do to plan for the “next three”?

This entry was posted in Management, System Administration. Bookmark the permalink.