Posted on December 8, 2010 by Jeffrey Gifford

The stages of team development are already well-described in various places and so going into great detail here would serve little purpose. I will, however, provide a brief overview since I think more leaders would benefit from being aware of these stages and because I’d like to use these terms in future posts.

New teams travel through four stages of team development before reaching high levels of performance. The different makeup of each team means that no two teams progress through these stages at the same rate (or with the same result). There’s no guarantee that progress will always be forward: it is possible for teams to regress back to an earlier stage due to some conflict or upset in some balance. And some teams may never reach a state of high performance.

Each stage must be passed through before tackling the next. Some teams will be able to spend less time in some of the stages, but it’s not possible to just jump to the end and skip the beginning stages. 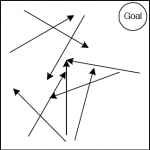 The team organizes excitedly, usually with some unrealistic expectations. Since members are still getting oriented, the leader provides much of the purpose and direction. Roles and even the goals are unclear. In some cases, process is ignored or is in the early stages of being developed.

Team members are polite and usually defer to someone expressing an opinion. They want to be accepted, so not much happens to rock the boat. There is usually very little alignment. This stage can sometimes be characterized as a game of “pickup sticks”. 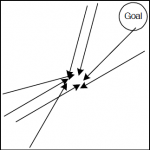 The team’s initial expectations hit reality as they start to get some experience working with one another. Subgroups form, usually in competing alignments. Morale will definitely take a hit. The team’s purpose is usually clarified but not everything has been answered yet.

Productivity will be low and some members may want to drop out.

The individual roles become a source of conflict as team members strive to find where they fit and which role to play. 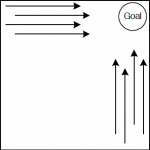 Clarity of purpose, roles, goals and team values become better defined and accepted. More tasks are accomplished partly due to increases in skill but also because communication and trust has improved. Morale is improving but not high yet. Productivity has seen a marked increase and the team realizes that even more is possible.

There can be a tendency to backtrack into Storming when an issue comes up. The lessons learned there can decrease the time spent before returning to Norming. 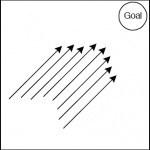 Productivity and morale are both high. These two characteristics feed off and reinforce each other.

Everyone understands their role, the team’s purpose and what the goal is. There is a very real sense that team members are proud of the team and what they’re doing. The team often takes care of itself with little instruction or assistance. Sometimes teams in this stage can be accused of steamrolling over the competition.

This model enables us to anticipate what a team is likely to go through at certain points in its development.

It is helpful to know that a particular struggle is “normal” and can be worked through. This awareness helps to depersonalize the issues at hand as the team members constructively work through them. By understanding the stages and identifying the symptoms, managers find themselves in better positions to lead their teams to levels of higher performance.

What do you think? Is this a new concept to you or are you familiar with these stages? Do you have any experiences or stories to add? Comment here or privately to JeffreyGifford (at) gmail (dot) com.

Some of this post (including the artwork) is inspired by a document I developed in late 2005 published under a Creative Commons Attribution-NonCommercial-ShareAlike 2.5 License.

Much credit is given to Bruce Tuckman for the “Forming, Storming, Norming, Performing” descriptions developed in the mid 1960’s.

This entry was posted in Leadership and tagged team development, teams. Bookmark the permalink.

3 Responses to Stages of Team Development