Breaking up the team

Last month I wrote about Team Development and the four stages a team goes through reaching high levels of performance. 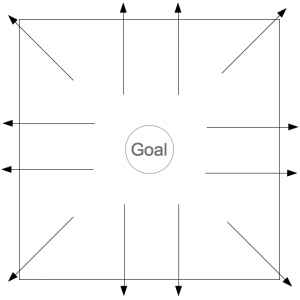 There are some who would add a fifth stage, Adjourning, that would follow the previous four. This stage covers what happens after the project is over, the goal is achieved or the team isn’t needed in its current form. (While I appreciate the mnemonic (oblique rhyme) of the previous four stages, I don’t feel that “Adjourning” carries enough finality with it in describing the breakup of the team.)

So let’s think about reasons for breaking up the team.

Some teams have a specific purpose: to deliver a finished project. When the project is over, great organizations will have a party (including more than just the team), celebrate the team members, speak some meaningful words and announce that auditions are next week for the teams that will handle the next batch of projects.

Less-than-great organizations will have a policy that projects will have to be de-staffed without disrupting billable hours. Or will just pull team members out of the project and reassign them as the major phases are complete, un-jelling the team and disrupting the flow. I’ve even seen projects that never officially ended, but just stopped, leaving the project unfinished, the resources and team members unnerved about their status and certainly uncelebrated.

Great organizations will find some way to keep the momentum of the team’s success going.

They’re both essentially the same (a slight movement of air) except that one is desired and the other is considered a nuisance.

When management acts to break up a clique, what’s really happening is they’re breaking up a team that doesn’t suit them for some reason. (When you see this, do you ask yourself “why”?)

In one company I observed, teams were broken up and rejoined on an 18- or 36-month cycle! Granted, they rarely were put back the way they started, but some form of breaking up or rejoining was almost always taking place.

The rationale was usually given that the desired synergy had been accomplished (e.g., by joining the Operations and Engineering groups) and now it was time to let the Ops guys focus on operations and the Engineers focus on engineering. After a while, a schism would be found that would show it was time to rejoin the two groups and Share Knowledge and Experience again.

Well-performing teams can be threatening, especially to managers and leaders on the “outside”. These teams are virtually unstoppable and sometimes operate under rules of their own. And unless you’re a player-coach (and sometimes not even then), as a manager, you’re just not on the team.

I’ve seen managers who encourage this and thrive. They’re comfortable on the outside. They develop leaders on the team and allow a team identity to grow and flourish. They defend the team from outside critics and see the manager’s job as primarily one of removing roadblocks. This is the team with the secret handshake, the arcane awards, the inside jokes and phrases. There may even be an unofficial dress code or uniform. They get things done and they’re proud of it. (These are the sorts of teams I like to grow.)

Other managers can feel threatened by this sort of team. It’s true, the manager of this team isn’t completely in control. In order to be successful, there must be a large amount of trust (both ways). The manager must either choose goals that the team has already adopted for themselves or have ways of getting buy-in for goals not yet accepted.

So unless your team’s function is of such importance to your organization that it must continue forever in its current form, it will have to “Adjourn” at some point. Break it up if you must, but do it right and for the right reasons.

So what reason is management giving for not keeping the team together? Is it a good one?

This entry was posted in Management and tagged leadership, team development, teams. Bookmark the permalink.

2 Responses to Breaking up the team